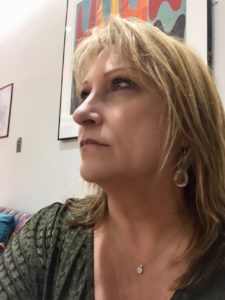 Hi. I’m Susan Scrupski. I started my career tracking the IT services market for about 20 years focusing primarily on the large-scale systems integration market which morphed into the outsourcing market in the early 90s. I enjoyed my share of fame and was particularly interested in the megadeal market for large, billion dollar IT outsourcing deals and the cast of characters that made the market move. When the Internet moved into the IT services sector, it got my attention because staid industry leadership were suddenly acting like hormone-driven teenagers and jumping into pre-IPO startups like Scient, Viant, and iXL, and trying to reposition old client/server integrators like Lante. It was an exciting time (1999), and I abandoned the outsourcing market to follow the trend. I published some first-mover research on the sector, eventually sold my company, and joined a startup myself. When my company went the way of most of the dotcoms, I sentenced myself to self-exile in suburbia– intent on serving a term of no less than 10 years. They let me out in five politely citing “time served” and for doing far too much community service. So, in 2006, I re-emerged and restarted ITSA, the research and advisory firm I launched in 1999. I tried getting interested in outsourcing again, but was once again drawn to the Internet. Lucky for me, the enterprise 2.0 “movement” was just starting up and I started tracking it in the blogosphere.

When I started this blog, I operated under the name “ITSinsider.” It was a carryover from 1999 when I published a web site which was really a rudimentary early blog. Having evolved my industry newsletter writing to the web, I had a fairly wide following which included financial analysts, industry executives, and general industry insiders. The site was private at the time because I was breaking a lot of news on the web and didn’t want day-traders trading on my reporting. Throughout the 90s I was widely quoted in the mainstream media. You can see some vintage quotes by clicking through to these links: New York Times, Businessweek-1, Businessweek-2. The most prestigious quotes were on the Wall Street Journal (front page, top of the fold– don’t get any better than that), but Rupert Murdoch does not allow links to old content.   Oh, and here is an oldie, but goodie CNBC segment on how I helped prevent a takeover of CSC by CA. At the time, it seemed like the honorable thing to do.

Fast forward to 2006. In the 2.0 phase of my career, I was graciously invited to join the Enterprise Irregulars bloggers group, I participated in the inaugural Office 2.0 conference, and the following year, Ismael Ghalimi asked me to help organize the Enterprise 2.0 track for the Office 2.0 2007 conference. He then asked me help plan the 2008 conference as well. In 2009, I became a founding member of the advisory board for the Enterprise 2.0 conference.  Probably the most interesting move I made in the burgeoning #E20 space was launching The 2.0 Adoption Council.  It was a great idea whose time had come in June/July ’09.   I jumped on it and created a community that benefited all early adopters. The Council was acquired in April 2010 by the Dachis Group. The outcome was career-gratifying to me, considering I had watched with interest the ascent of Razorfish in the late 90s, while I was tracking the Internet professional services players. Around the same time as the acquisition,  I was named by Fast Company as one of the “Most Influential Women in Technology.” The industry recognition was especially rewarding at that time, as I had no idea what I was going to do when I returned to the workforce  as a struggling, single Mom in January 2006. The archive of those early posts and indecision is on the pages of this blog. In May of 2011, the Council rebranded to become the Social Business Council.

In 2013, I launched a company that brought together a formidable team of experts who view themselves as Change Agents. Most of the individuals I come across in my career are doing very well extracting the value in “the way things are,” but once in a while, I find that one special person. That strong individual who is not afraid to take a risk and who believes large enterprises need to change dramatically in order to grow, and in most cases survive. We collected these Change Agents into a worldwide community where they could learn from each other, grow, and find success. Of course, we called our coalition: Change Agents Worldwide. Change Agents is still alive and well, although we sold it to our Australian partner, Simon Terry, in 2015. I’m still an active part of the network. Today, you can see incredible feats of daring around the web from our charter members who are upsetting organizational apple carts on every continent. I love them all, individually and collectively. You should too.

This blog focuses a lot of space on internal social collaboration inside large enterprises. The majority of the content on this blog dedicates a lot of time to discussing trends in the heretofore Enterprise 2.0 sector and the evolving market for platform and professional services.

In 2015, I took a detour from covering tech and launched a social enterprise, Big Mountain Data. I’m proud of that work. I took a big idea and made in-roads in a very difficult arena.

From 2018 on, I’ve came back to ITSinsider writing about the future of work, technology infrastructure, AI, robotics, and all things wireless– primarily the disruptive changes coming down the pike with 5G.

While I was in Florida, I served on a Data Science board at the University of Central Florida and had an interest in helping women in tech, supporting women’s STEM programs whenever I was able.

In 2020 I’m back to consulting with SoCo Partners by combining my experience in launching startups with storytelling– something I obviously love.  I’m also learning about AgTech, now that I’m out here in the heartland. I’ve picked up a tech column in Aberdeen Magazine, so it feels good to be writing again about the industry I love.

The blog is meant to be a community clearinghouse where friends, fans, and other observers can keep the conversation going.

Thanks for stopping by. If you want to reach me directly, ping me on Twitter @susanscrupski.