This year, the show is nearly 100% centered on the 5G opportunity. Considering the event is going to be here in Orlando in May 2019, I raised my hand early and asked if I could be involved in some way. There is so much talent and innovation here in Central Florida that I’d like to see have more visibility on the national scene, I couldn’t help myself.

For instance, off the top of my head, all these initiatives will benefit from the evolving wireless ecosystem driving the future of our communications:

I know there’s a lot more too. I’ve heard about the SunTrax out at Florida PolyTech too, and other initiatives underway with teams from the University of Central Florida (UCF) working on National Science Foundation (NSF) proposals on Smart City funding.

We’re working on putting together an Orlando Technology Pavilion in the showcase exhibit hall. I’m trying to recruit a few great speakers too, like Chris Castro, who’s become a leading voice for change on all things sustainability and smart city planning. 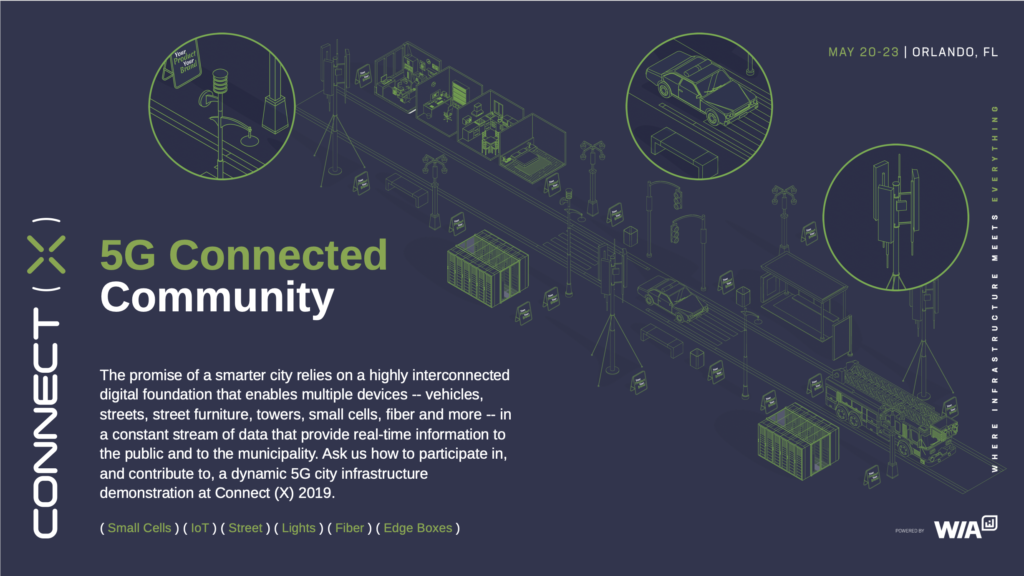 The show is international; it just happens to be in Orlando this year. At the event last year, the FCC Chairman, Ajit Pai, was one of the keynote speakers. It will draw over 3K attendees from every corner of the vital infrastructure community involved in delivering on connectivity solutions.

I’ll be writing more about who’s speaking and what to expect in future posts, but I wanted to get this conversation started because I am eager to start filling up that Orlando Tech Pavilion!

Well, I guess the future is already here.  I saw a headline today that announced 5G is even launching in Florida here too. For a couple years I’ve been reading about how 5G is going to transform connectivity and mobility as we know it, but I always felt it was somehow in the distant future. If you’ve not heard of 5G, it’s the next evolution of signal after 4G and LTE. But, it’s more than just a minor technology upgrade.

When 5G is fully implemented, it’s going to enable the underlying infrastructure we’ll need to build the smart cities, homes, autonomous vehicles, robotics, virtual and augmented reality systems everyone’s been designing and daydreaming about for the past decade. Think of it as one of the magic ingredients needed to bring the Internet of Things  (IoT) market– with its estimated projected 21 billion devices– to life. 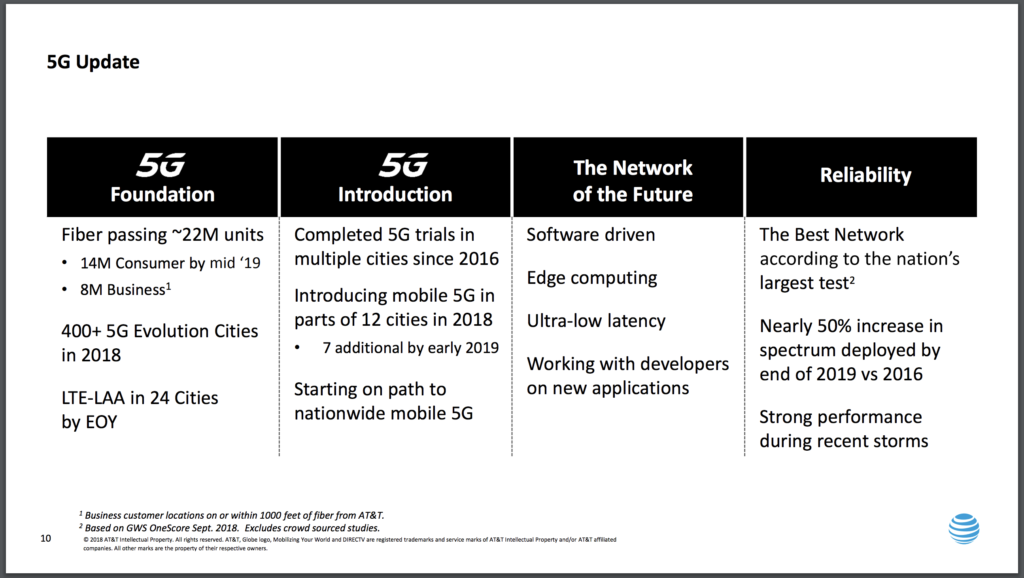 Today, I listened to the AT&T 3Q earnings call.  Haven’t done that in years, and it was pretty interesting:

John Donovan, CEO of AT&T Communications said, “AT&T’s on track to be the first wireless carrier to introduce mobile 5G services in the United States in the next few weeks.”

He went on to explain that the company would introduce 5G in parts of 12 cities by the end of the year. He also talked about how “fiber is the backbone of 5G” and that “we have one of the nation’s largest fiber networks.”

On the business side, Donovan said the company plans “to be in more than 400 markets by the end of this year with nationwide coverage by mid-2019.” He reported customers are seeing a “dramatic lift in speed with theoretical peak speeds reaching 400 mbps.”

Well, all that sounds exciting, no?  I think I will leave you with this dancing robot to anticipate the future now at your disposal.

Spot the robot dog dancing to UpTown Funk is simultaneously both terrifying and hilarious. pic.twitter.com/UNPsXZrXvh