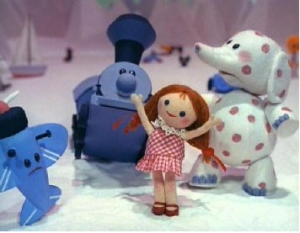 1. Traction Software. Traction Teampage has been around since 1999 and was originally developed by the good folks who created hypertext journaling (like, orignally). As you can imagine, over ten years this product has grown to become one of the most versatile tools in the socio-collaborative arsenal. Traction has an A-list of great customers including many security-conscious Federal agencies (such as the Department of Justice). One of our members, Brian Tullis @briantullis (Alcoa), did an amazing job with his case study at Traction’s annual user group conference. You can watch that here.

2. PBWorks. Similarly, born “PBWiki,” PBWorks has outgrown its wiki origins and has a full-featured platform that now includes voice, micro-blogging, live-editing and notifications, IM, and project management. (I probably left out a few.) This tool also has a very pleasing user interface and could win awards for ease of use. PBWorks seems to have hit a home run in the legal sector, but it’s truly a great platform for anyone interested in collaborating online. ITSinsider e20 trivia contest: First person who comments on the blog who knows what “PB” originally stood for wins a 2.0 Adoption Council coffee mug. (PBWorks employees– you can’t play. )

3. ThoughtFarmer. Ah. Jevon McDonald @jevon (my brilliant, handsome fellow EI) introduced me to ThoughtFarmer. It was probably love at first site (pun, yes) with me and ThoughtFarmer. The first time I interviewed Chris McGrath, @thoughtfarmer I may have asked him to marry me as I was so swept away with the beauty of the software and its elegant design. The ThoughtFarmer story started like this: “A client hired us to design their SharePoint site. We hated it so much we decided to tear it apart and start from scratch building a product from the ground up.” Of course, I’m paraphrasing from my memory of the interview. What ThoughtFarmer did, however, was design a socio-collaborative platform starting with PEOPLE as the centerpiece. I think when I heard that, I popped the question to poor Chris. As I commented on the ThoughtFarmer blog last week, some of our best contributions in the Council come from ThoughtFarmer members. I look forward to many years of ThoughtFarmer success.

4. Lotus Connections. Luis Benitez @lbenitez approached me at the Enterprise 2.0 Conference in San Francisco and asked me why Connections is not getting more love from the e20 echo chamber. I told him I hadn’t heard a lot from the Connections team and would like to change that. Considering word on the street is that the SharePoint team calls the SharePoint v. Connections bake-off Mike Gotta held in 2008, “The Boston Massacre,” Connections has lost a little momentum over the past year, especially, as MSFT is now evangelizing SharePoint 2010. Connections is still a best-in-class enterprise alternative. Headshift’s Jon Mell @jonmell has some great experience and posts on Connections. Head there for more details.

5. Socialcast. Socialcast continues to impress me. The latest redesign of the product is as elegant as it is functional. The platform’s ability to integrate legacy application data, its security provisions (behind the firewall as well as hosted), and the multitude of opportunities to feed external social content make it one of the most simple on-ramping e20 introductory tools available for businesses of every size. Socialcast is also free up to 50 for an unlimited number of users. Check ’em out.

Of course, these are just a few of my favorite tools in the e20 space. I wish every vendor continued success in the category. The pace of innovation in this sector is part of the fun of being an engaged observer.

What are your favorite tools/platforms?